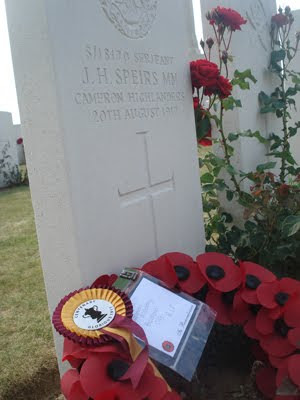 The final event to commemorate the centenary of the 1911 FA Cup triumph took place this weekend when twenty people visited the final resting places of the nine Bradford City players killed in the Great War. We also took in the graves of the the two Bradford Park Avenue players and the Serre area where the Bradford Pals attacked on the first day of the Battle of the Somme.

Speaking of events, this is the absolute final week of the When The FA Cup Came Home exhibition at Bradford Industrial Museum. It all finishes next Sunday 12 June. If you've not visited, shame on you! But there's still time - just.
Posted by bantamspast at 20:21