Two of the most remarkable chairmen in Bradford City’s history have their final resting places in the magnificent Undercliffe Cemetery. Barely the length of a football pitch separates the graves of City’s first chairman Alfred Ayrton and the man who did much to keep the club alive in two spells as chairman Stafford Heginbotham. 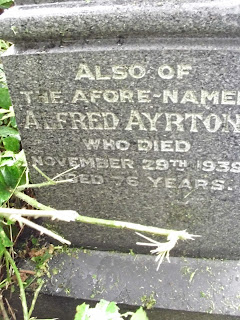 Alfred Ayrton stabilised Manningham Rugby Club in the early 1900s when they faced extinction, he then oversaw the switch to football and during the meeting that ratified the change he was asked what the new club would be called he replied: ‘Bradford City’. He evaluated, and then put to a vote, the proposed merger with the infant Bradford Park Avenue in 1907. His final act prior to retiring was to make the club a limited company and he left the chairmanship with the club poised for promotion to the top flight. 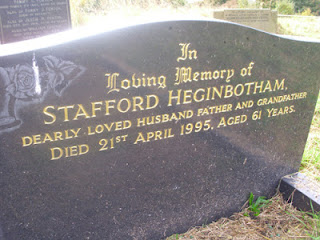 Stafford Heginbotham’s first spell as chairman saw him rolling up his sleeves to physically improve Valley Parade. He convened the famous crisis meeting at St George’s Hall that ultimately saved the club from closure. Like Ayrton he also considered a merger with Park Avenue but rejected it on the grounds that Bradford City was the first name on the FA Cup and that heritage should be preserved.  He returned to the club in 1983 when he and Jack Tordoff saved the club from closure with hours to spare. He later guided the club through the difficult days in the wake of the fire disaster. Stafford’s dignity, and full acceptance of blame, did much to ensure that the grieving process could go ahead without any background controversy.

Underclife Cemetery will be part of the Bantams’ History Week in April when a guided tour will be available. The cemetery is run by volunteers.
Posted by bantamspast at 20:00