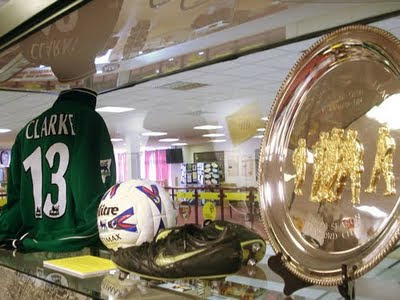 The 1911 FA Cup Final ball has returned to the bantamspast museum following its long term loan to Bradford Industrial Museum where it was on display for their fabulous exhibition that marked City's 1911 FA Cup triumph. We also took the opportunity to create a new case that holds some of the most iconic items from the club's history. These include the match ball from City's miraculous Premier League survival when Liverpool were beaten 1-0 at a breathless Valley Parade. Also from that unforgettable match is Matt Clarke's shirt. Alongside those items are Stuart McCall's boots from the game at Wolves when City gained promotion to the Premier League and the shield the club received to mark that feat.

As fabulous as those items are, the most noticeable change are the two huge images of the FA Cup winners Jimmy Speirs and Bob Campbell which will greet visitors as they enter the museum. Over the coming weeks we will also be erecting similar profiles of the other cup heroes. More photographs will be added as work progresses. 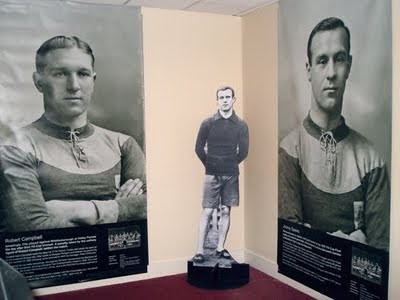