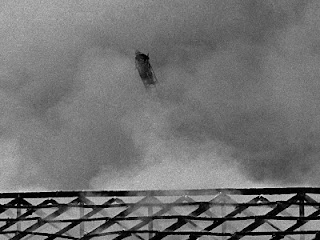 Twenty five years on from the fire Bradford will once again pause to remember its darkest day in modern times. The Archbishop of York will lead the service in Centenary Square at 11am. Given the significance of the anniversary a stage has been erected so the expected large crowds can view the event. We understand that this year admission to City Hall will be by invitation only.

At 2.50pm the Lord Mayor of Bradford, and his counterpart from Hamm, will rededicate Hamm Strasse and unveil a new marker stone at its junction with Manningham Lane. The road was named after the German town in recognition of the support the people of Hamm gave to Bradford in its hour of need. Hamm of course donated the memorial in Centenary Square.

Valley Parade will be open from 3pm so people can be in the ground at the actual time of the fire. In the evening Bradford Cathedral is holding a service of remembrance which commences at 7.30pm.